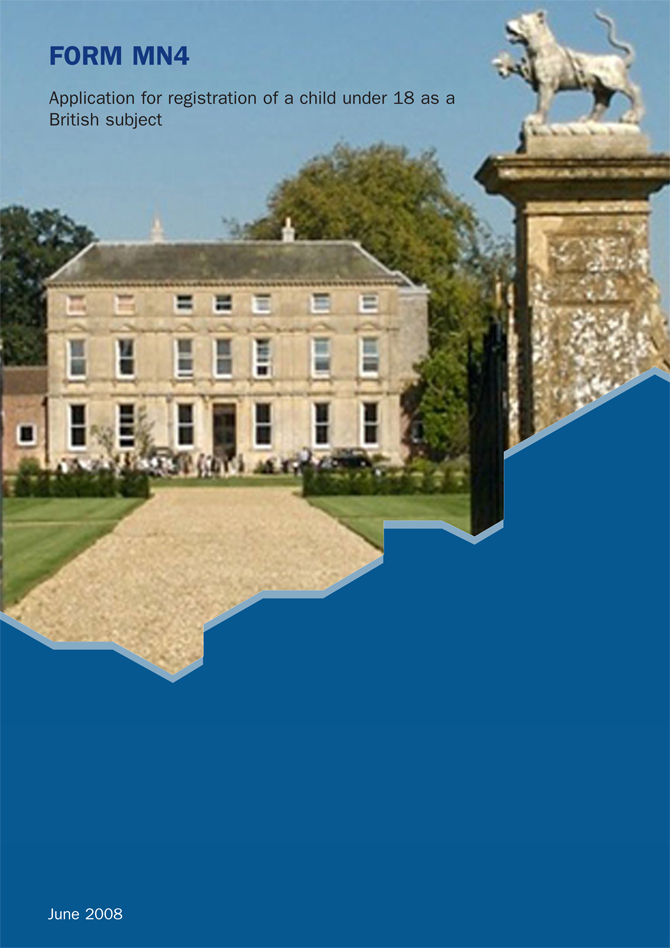 Form MN4 – How do I register a child aged under 18 as a British subject?

Nick Crowe and Ian Rawlinson ‘From An’

Nick Crowe and Ian Rawlinson’s ‘From An’ is a series of downloadable PDFs that playfully re-imagines the 15 different application forms for residency and citizenship available from the UK Border Agency website.
The 15 individual works will be released at weekly intervals on the ‘MerzBank’ site.
Reflecting on Schwitters’ skills as graphic designer and his own typographic experiments for public institutions in pre-war Germany, the pieces also allude to the themes of non-conformity, exile, migration and refugee status that dogged Schwitters’ later life.